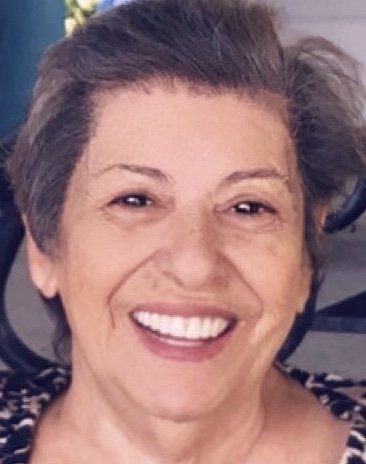 Please share a memory of Elen to include in a keepsake book for family and friends.
View Tribute Book
Elen F. Faris (nee Faris), Age 87 of Cliffside Park, NJ passed away on August 6, 2020. Devoted Wife of the late Fahed E (2010). Beloved Mother of Camilla Faris, Kamil Faris, Carmen Brown, Farida O'Neill and the late Kamal Faris (2018). Loving grandmother of 10 grandchilrdren and 11 great grandchildren. Elen was born on November 12, 1932 in Haifa, Palestine to the late Yuseph and Mary Faris. She came to the US in 1966 and lived in Cliffside Park, NJ. Elen was a homemaker. Visiting Hours with limitations of 25 people at one time on Saturday, August 8, 2020 from 9 AM to 10:30 AM at St. Demetruis Melkite Catholic Church, 184 Cliff Street, Cliffside Park, NJ. Funeral Services at 10:30 AM at the church. Interment to follow at Fairview Cemetery, Fairview, NJ. In lieu of flowers, donations may be made to St. Jude Children’s Research Hospital, 501 St Jude Place, Memphis,TN 38105-9959
To send flowers to the family or plant a tree in memory of Elen Faris, please visit Tribute Store
Saturday
8
August