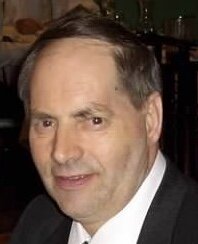 Please share a memory of Marijan to include in a keepsake book for family and friends.
View Tribute Book
Marijan Brletic, (Mario), Age 82 of Fairview, NJ passed away on January 22, 2022. Devoted Husband of Maria (Suttora). Beloved Father of Kevin Brletic and Stephanie Brletic Fiore (Derek). Dear Brother of Blanka Ferencic (late Josip), and the late Sister Lauda Brletic and Zvonko Brletic. Also survived by his sister-in-law Angela Brletic. Mario was born in Zagreb, Croatia on October 19, 1939 to the late Josip Brletic and Stephanie Molan. He came to the US in 1976 and lived in Fairview and Cliffside Park before moving back to Fairview 10 Years ago. He was a retired Mechanic for P&B Trailer Service in Hoboken, NJ. Visiting Hours on Monday, January 24, 2022 from 4 to 8 pm at Konopka Funeral Home 9046 Palisade Ave, North Bergen, NJ. Funeral Mass on Tuesday, January 25,2022 at 10:00 AM at St John the Baptist Church, 239 Anderson Avenue, Fairview, NJ. Entombment to follow at Fairview Mausoleum, Fairview, NJ. Mario's family requests that masks be worn during visiting and the funeral.
To send flowers to the family or plant a tree in memory of Marijan Brletic, please visit Tribute Store
Monday
24
January