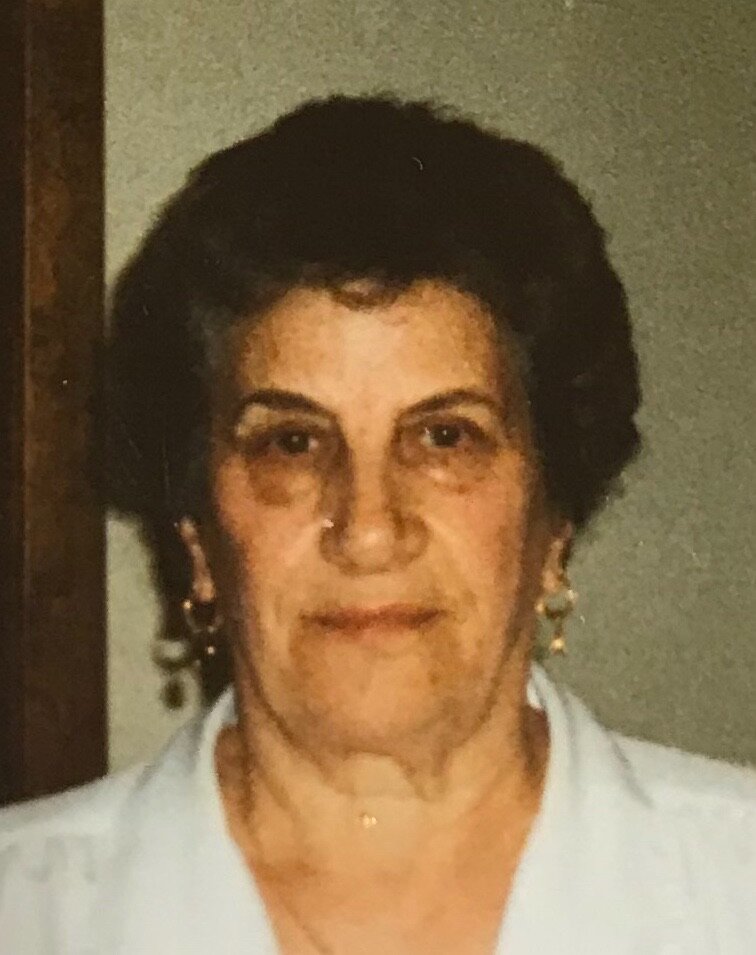 Please share a memory of Gloria Gioiella Bet to include in a keepsake book for family and friends.
View Tribute Book
Gloria Gioiella Bet Picinich, 93, of Cliffside Park, passed away on March 22, 2022. Born in Barcis, Italy on October 30, 1928, she was the daughter of Silvio and Enes Paulon Bet. Gloria immigrated to the United States at age 13, first residing in Brooklyn, NY. She met her husband, John A. Picinich, at a dance at the Italian Cooperative Hall in Fairview, NJ. They got married on May 6, 1950 and moved to Hoboken, NJ, before eventually settling in Palisades Park, NJ. Gloria worked as a seamstress, but her true calling in life was that of a loving caretaker: first for her four children, then for her husband during his battle with Alzheimer’s disease, and then for her many grandchildren and great-grandchildren. Gloria was a talented seamstress and cook, a meticulous cleaner and gardener, a devout Catholic, an avid soap opera viewer, a lover of eggplant parmigiana, and above all, a devoted wife, mother, grandmother, and great-grandmother. Gloria loved going on cruises with her family through the years. She also enjoyed visiting her beloved hometown Barcis, Italy with her daughter Diane. Finally, Gloria treasured her time visiting her son Martin and daughter-in-law Stana in Germany, creating memories locked away in our hearts forever. All of the family dogs loved Gloria and were always so excited to see her (sometimes even more so than us!). She always made cookies and tea for all of the grandchildren growing up–alongside her famous roast beef dinners. Known as “Noni,” she was the beloved matriarch of our large family, and we will all miss her dearly. Gloria was preceded in death by John, her husband of 49 years, and her brother, Anthony Bet. She is survived by her four children, Gloria Skrivanich (husband Remigio), Diane Picinich, Martin Picinich (wife Stana), and Silvia Tarabocchia. She is also survived by her 11 grandchildren, Denise Briant (husband Adam), Martin Skrivanich (wife Suzanne), John Skrivanich, Eric Skrivanich, Sarah Rodriguez, Hannah Carter, Gordon Picinich (partner Tanique), Gloria Picinich, Lena Abel (husband Timo), Marissa LeComte (husband Derek), and Gina Tarabocchia, as well as her 14 great-grandchildren, Mila, Jackson, and Penelope Skrivanich, Gia, Jenna, and JJ Skrivanich, Emily, Noah, and Roman Kaufman, Elijah and Ellis Carter, and Jaden, Aria, and Leon Picinich. Visitation hours are on Friday, March 25th from 4:00-8:00pm at Konopka Funeral Home (9046 Palisade Ave, North Bergen, NJ). The funeral mass is on Saturday, March 26th at 10am at Madonna Church on the Hill at Madonna Cemetery & Mausoleum (2070 Hoefleys Ln, Fort Lee, NJ). Entombment to follow. In lieu of flowers, donations can be made to the American Heart Association or the Alzheimer’s Association.
To send flowers to the family or plant a tree in memory of Gloria Gioiella Bet Picinich, please visit Tribute Store
Friday
25
March