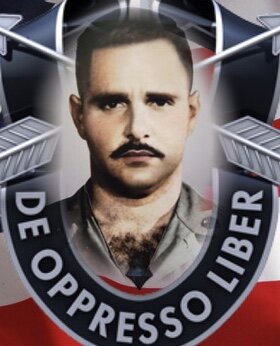 Please share a memory of Philip to include in a keepsake book for family and friends.
View Tribute Book
S/Sgt. Philip C. Oliveri, Passed away peacefully on April 7, 2022. Philip grew up in New Jersey; he was a member of an Italian family. Beloved husband of Thelma Oliveri. He was a kind and generous man, who always cared for the less fortunate. Philip was a soldier paratrooper. A man who served his neighbor and country. He loved people, and that was the reason he always wanted to attend his Military, and other Social gatherings as much as he could. Philip, served twenty three and a half years in the U.S. Army with honor and dedication. Three of those years were served bravely and courageously behind enemy lines in Indo-China with the fourth Battalion 173rd Airborne Brigade. During that duty, Philip was cited many times for his accomplishments, which were above and beyond the call of duty with the Special Forces. At the end of this tour, Philip was assigned to Security Office at Can-Do Airfield, where he implemented security measures that had not existed before. When Philip returned to the United States, he was assigned to the 82nd Airborne Division, and attended Airborne, Ranger, OCS, Jump Master (Special Forces) schools, and completed 60 sky jumps. Philip was a Special Army Combat soldier, and was awarded the Combat Infantry Badge, also, the Five Battle Stars, the Bronze Star, the Army Commendation Medal Cambodian Jump Wing, Senior Jump Wings and Air Medal. Some years ago, he received the New Jersey Veterans Medal, and Bergen County Service Medal. Let us conclude by saying that Philip Oliveri, was a living example of a United States Veteran, a soldier of soldiers, who used to display his pride every day serving his comrades and country. We all want to share that pride with him by sharing this day with you. Philip was declared man of the year by the VFW Post 337 in 2012, in Fairview, New Jersey. Philip Oliveri was born on July 15, 1934, Cliffside Park, New Jersey. His viewing Service will be held from 3:00 – 7:00 pm on Sunday, April 10, at the Konopka Funeral Home, 9046 Palisade Avenue, North Bergen, NJ. The Funeral Mass at 12 pm on Monday, April 11, 2022 at the Epiphany Catholic Church in Cliffside Park, NJ; the entombment to follow at the Madonna Mausoleum, Fort Lee. In lieu of flowers, the family asks that donations be made to St. Jude’s Children’s Research Hospital, Memphis, TN at www.stjude.org.
To send flowers to the family or plant a tree in memory of Philip Oliveri, please visit Tribute Store
Sunday
10
April